thinkCSC is urging all VoIP users to take precautions when receiving voicemail to email services, as thinkCSC has identified a new security risk targeting VoIP users. The attack sends a voicemail to email with a .zip or .exe attachment that, when opened, can infect the user’s system and network.

These harmful messages are typically from numbers using non-existent area codes. A listing of all U.S. and Canadian area codes can be found here.

What To Do If You Have Received a Fake Voicemail to Email Message on Your VoIP Service:

If you have any questions or believe you have been a target of this threat, please contact our team at your earliest convenience.

Ohio: A Great State to Do Business

Ohio has once again been represented as one of the best states to do business, according to Site Selection magazine, and is now ranked as the fourth best state in 2013. Corporate site selector surveys account for 50 percent of the ranking; the remaining percentage is based on criteria that includes competitiveness rank, qualified projects and firms’ state tax burden. Columbus has also been recognized by Forbes as one of the best cities for tech jobs and one of the best cities for working mothers. Ohio was even named the best state for banking in 2012 by Money Rates.

That’s quite a résumé. But why is Ohio such a great state in which to do business?

As a business owner and long-time resident of the state, I believe a combination of factors make Ohio a great state for business development. Not only do the state and city leaders work tirelessly to create opportunity, support businesses and encourage our talented graduates to stay in Ohio after they graduate, but there is a singular focus on innovation in Ohio.

Ohio is the home of two of the world’s greatest innovators, Orville and Wilbur Wright, who owned and operated a bicycle repair shop in Dayton while they endeavored to build a flying machine. And since their time, Ohio has continued to emphasize technology, innovation and smart growth. In a PR Newswire article, the Ohio Business Development Coalition and former Governor Ted Strickland cite a number of advances in education, technology and the state tax structure that account for Ohio’s successful business climate.

Businesses enjoy other advantages in Ohio. The state is centrally located, having access to the greater percentage of the U.S. population; given the abundance academic institutions, the state touts a large talent pool from which to draw; the aforementioned business-friendly tax environment gives businesses a distinct advantage; and the community offers a great deal of support. And did I mention that the quality of life in Ohio is phenomenal?

Whether you are just beginning to build your business or have already established a successful business in Ohio, you already know the truth: Ohio is a good place for business. 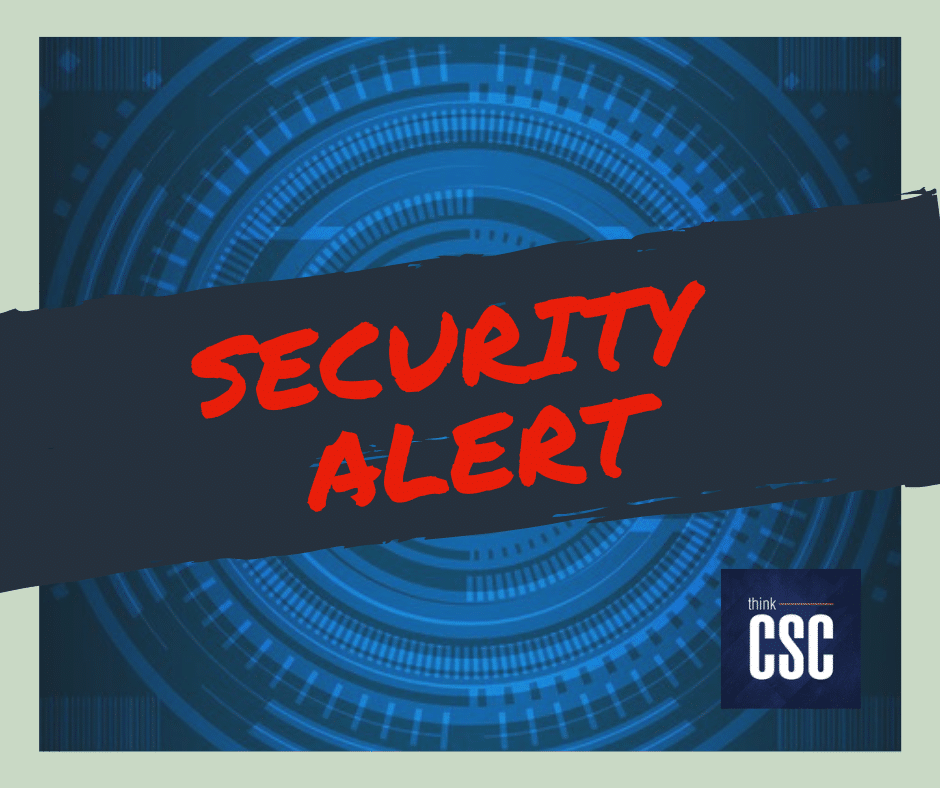 Security Alert: Do Not Open .TIFF Files from Unrecognized Sources

thinkCSC is issuing a security alert regarding .TIFF files. Zero-Day attacks targeting Windows users has been detected by Microsoft and is already affecting people in Asia an the Middle East. It is expected to spread to the U.S. and Europe very quickly. This vulnerability enters your system when you open a .TIFF file and allows the attacker (potentially on a remotely hosted computer) to gain administrative access to your system and network.

It is imperative that you refrain from opening any questionable .TIFF file, as the messages are often constructed to make the user believe they are coming from a trusted choice.

While Microsoft is working to develop a patch to protect users, at this time, current antivirus and firewall solutions are unable to prevent infection. Most vulnerable are Microsoft Office users who are running Windows Vista or Windows Server 2008. Microsoft Office 2003 through Office 2010 are impacted in this zero-day attack.

What Are .TIFF Files?

From Adobe: TIFFs are a file format popular with graphic designers and photographers for their flexibility, high quality, and near-universal compatibility. Learn more about these raster graphic files and how you can put them to use in your next project.

If you have any questions or believe you have been a target of this threat, please contact our team at your earliest convenience.